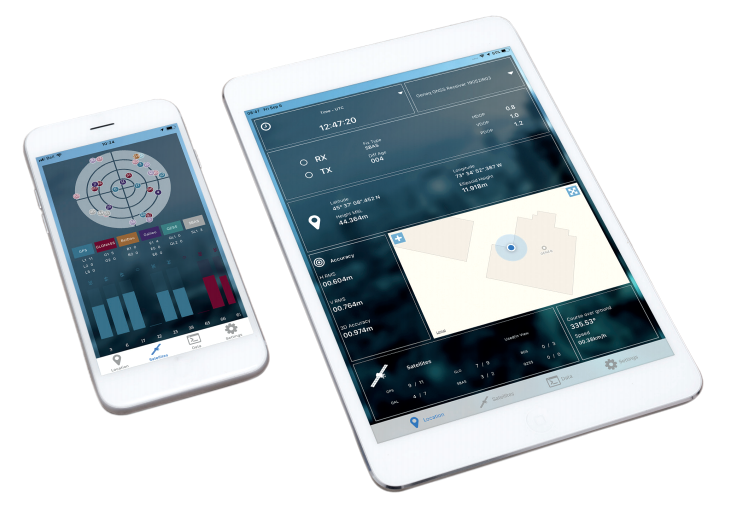 Following the launch of our Android app, we are delighted to announce the SXblue ToolBox, the iOS version intended for iOS compatible SXblue devices. The application was developed with special interest to raw data recording and NTRIP service connection. With the SXblue ToolBox iOS application, the user can analyse the position data provided by the SXblue receiver, as well as location metadata. More important for SXblue clients, the application can record, save and transfer raw data from the GNSS receiver, thereby allowing post-processing activities.

The application also acts as a NTRIP client, capable of connecting to a NTRIP server for RTK corrections, and thus allows the receiver to issue very accurate location information. Receiver configuration is easy through the application, with the ability to set up and save user-defined commands for subsequent use. The settings include constellation to be used, differential source, NTRIP login credentials list and more. In addition, the iOS application includes a series of audible and visual alarms that are user-configurable to determine the thresholds of information provided by the SXblue GNSS receiver.

A PDF Brochure is available here.

MicroSurvey Software Inc. is proud to announce the release of FieldGenius for Android version 1.0. This first release of our new multi-platform field software is built on the Android platform and supports most popular GNSS sensors on the market today.

Published 2019-07-11 14:45 – Until further notice, users may experience service degradation on all Galileo satellites. This means that the signals may not be available nor meet the minimum performance levels defined in the service definition documents and should be employed at users’ own risk. The nominal service will be resumed as soon as possible.
https://www.gsc-europa.eu/notice-advisory-to-galileo-users-nagu-2019025

SXblue launched its Platinum GNSS receiver at the 2017 Esri User Conference (booth No. 731), which is taking place July 10-14 in San Diego, California. The company also revealed new branding for its products, including a new logo for SXblue. SXblue Platinum is a survey-grade GNSS receiver for GIS applications. 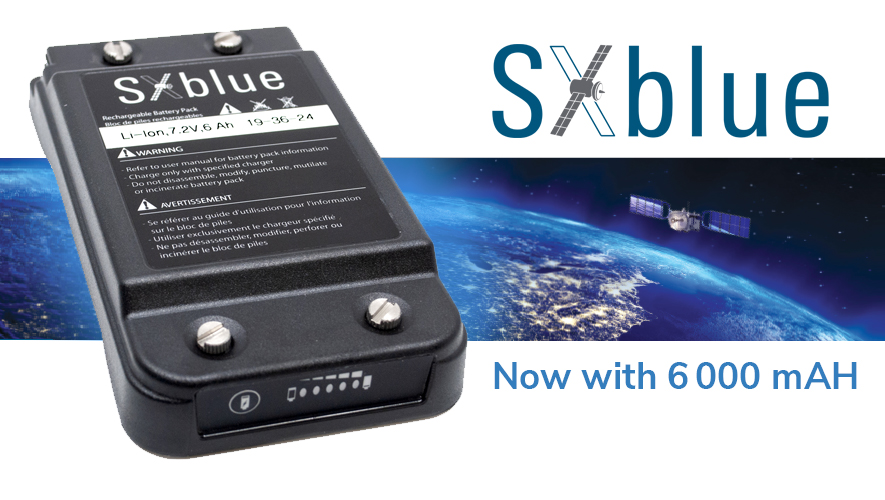 – SXblue is pleased to announce a battery upgrade for its receivers. For the last couple of years we have been collecting our clients’ feedback and working on a new, state-of-the-art battery design.

The new battery is equipped with 4 Li-ion rechargeable cells that boost its capacity from 3900 mAh to 6000 mAh. It boosts the receiver’s autonomy by up to 50%, greatly increasing its field work efficiency. When fully charged, the battery can last up to 16 hours depending on the SXblue model and bluetooth connectivity.

The colored LEDs for the battery charge indicator have been enhanced for a better contrast even when working under sunny conditions. Like previous versions, the new battery is field replaceable and can be charged separately or while it is connected to the receiver. With only 6mm increase in thickness and the same weight as previous models, the user will not notice any change in handiness and ergonomy.

SXblue Platinum, In the Field

by Brian McIntosh
“It was finally time to get bundled up and test the SXblue Platinum in nature. Not only to test the functionality, but with the recent -20c outside, to test the device in a traditional Canadian winter…”
Read full article here: http://www.spatialtimes.com/2018/02/sxblue-platinum-field

Richard Desrochers of Geneq introduces the company’s iSXblue + Series while at the 2015 Esri User Conference, which was held July 20–24 in San Diego. The iSXblue + receivers are palm-sized and deliver real-time, high-accuracy performance using GPS+GLONASS satellites, as well as free SBAS corrections for an iPad or iPhone. Its battery-powered lightweight design is for a variety of mapping applications including GIS, forestry, mining, utilities, agriculture, surveying and environmental.

Our own Richard Desrocheres highlights the company’s new NTRIP client app for iOS for iSXBlue receivers at the 2016 Esri User Conference, which is being held June 27 to July 1 in San Diego, California.

Montreal  — Geneq Inc. is pleased to announce the iSXblue II GNSS, the world’s first sub-meter GNSS receiver that is Bluetooth-compatible with Apple iPads and iPhones.
Fully authorized and approved by Apple, the iSXblue II GNSS implements an Apple proprietary Bluetooth authentication feature allowing the NMEA GNSS data to replace the internal GPS location of the iPad or iPhone. Furthermore, a free SDK (software development kit) is available from Geneq to further utilize all the features of the iSXblue II GNSS.

The iSXblue II GNSS uses both GPS and GLONASS with SBAS(WAAS/EGNOS/MSAS/GAGAN) to attain 30cm/1 ft (RMS) accuracy in real-time using free SBAS corrections. In addition to Apple iPads and iPhones, it connects wirelessly to any smartphone, handheld, tablet computer or notebook computer that is Bluetooth-compliant.

“The iSXblue II GNSS is the first high-accuracy GNSS receiver in the world for the Apple iPad and iPhone, “ said Jean-Yves Lauture, product engineer, “and by implementing both GPS and GLONASS with SBAS, it provides iPad and iPhone users real-time, sub-meter accuracy around the world.”

The next-generation iSXblue II GNSS is the same, small, palm-sized unit as the SXblue II GNSS and utilizes a small 2.7” diameter GNSS antenna. The unit is completely waterproof (submersible), dustproof and ruggedized, with an IP-67 rating. Its Class 2 Bluetooth 2.0 has a typical range of 15 meters, and is Apple-approved. The internal, rechargeable, field replaceable Li-Ion battery has on-board LEDs let the user know how much battery life is left. The operating temperature range of the iSXblue II GNSS is -40°C (-40°F) to 85°C (185°F).

In addition to the built-in long-range Bluetooth transceiver, the iSXblue II GNSS also has a standard DE-9 RS-232 port and a USB Type B port whose outputs are fully programmable up to 1Hz standard, and a 10 or 20Hz option. Other optional features are L1 RTK for <2cm real-time accuracy and base station RTCM output.

The iSXblue II GNSS is targeted at GPS/GIS mapping professionals in industries such as forestry, utility, agriculture, environmental and other natural resource industries in addition to local, state and federal government users.

Source: MCADCafee
June 5, 2018 – Montreal, QC – In this times of mobile device technology progress, Geneq (SXblue) is always listening to GIS and surveying professionals and their needs on field work. We are pleased to introduce the SXblue ToolBox, the Android application for SXblue GNSS receivers.The application has been developed with special consideration to modern mobile device development and an attention to user and dealer feedbacks.

With the SXblue ToolBox application, the user can view and analyse the position data provided by the SXblue receiver, and metadata related to its location. The user is able as well, to send commands that enable or disable some features: Systems in use, Mask angle or differential age, constellation in use: GPS, GLONASS, GALILEO, BEIDOU, SBAS. The SXblue ToolBox is also an NTRIP client capable of connecting to a NTRIP server for RTK corrections and thus allow the receiver to issue a very accurate location information.

The application is able to record, save and transfer the raw data from the GNSS receiver allowing post-processing activities on computers for surveying and geomatics professionals.The application includes a series of audible and visual alarms that are configurable by user to determine the thresholds of the information provided by the SXblue GNSS receiver.